I just got myself a Seagate Seven USB3 harddrive to use it for mobile backups. Seagate claims the 'Seven' is the thinnest conventional (i.e. non-SSD) drive on the market, so I was quite curious about its read- and write speed. Here are some benchmarks I got with Ubuntu's built-in benchmark utility, having the drive formatted as Ext4: 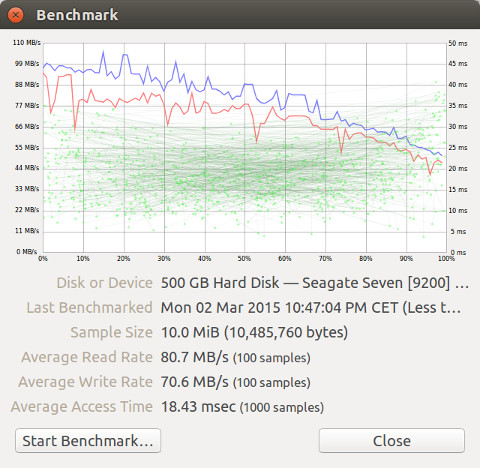 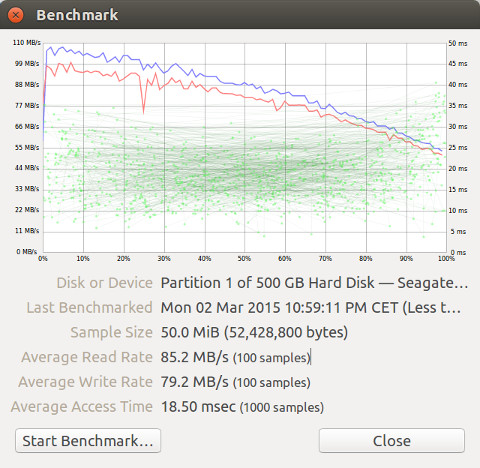 With both 10 MiB and 50 MiB packages, files are written between 70 and 80 MB/s and read around 80 MB/s. Transferring bigger files will slightly increase rates, but they'll stay under 100 MB/s. As you would expect, smaller files are written at much slower rates: 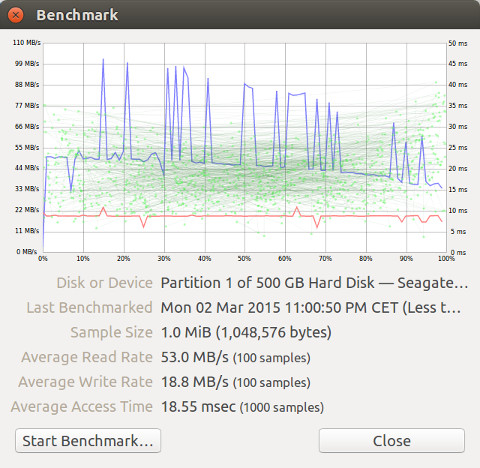 Transfer rates in rsync and dd

In practise, both read and write rates are somewhat higher than during the benchmark tests. Doing a full backup of my home directory to the empty disk using rsync, I got about 112 MB/s. Using dd to clone my root partition to a disk image on the HDD, I got 94.5 MB/s. During the backup / clone runs, the disk gets notably warm on the outside, but not hot. The disk's noise emission is low and will only be recognized in very quiet environments.